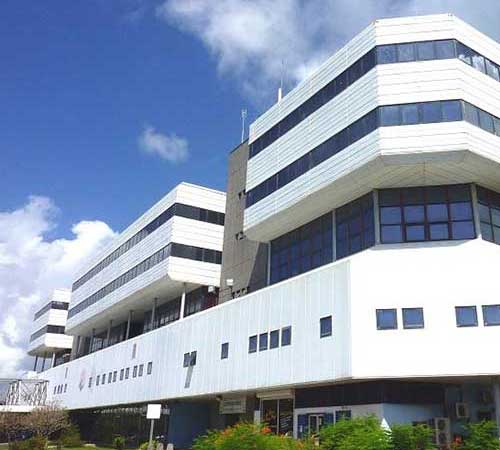 Hearings and meetings can be organized on the premises of the CARO Centre, as well as at the World Trade Centre Complex (Jarry, Guadeloupe), in all the Caribbean territories and in the main capital cities of Europe and the United States, thanks to the CARO Centre's extensive network.

The parties can also choose to hold virtual hearings and meetings if more appropriate.

President of the Board 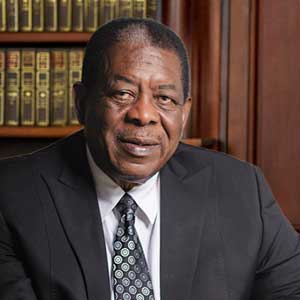 Former Chief Justice of the OECS Court of Appeal, President of the Caribbean Court of Justice and the International Criminal Tribunal for Rwanda, member of the Privy Council of Her Majesty Queen Elizabeth II, Sir Dennis is an eminent Caribbean and international figure.

Sir Dennis was instrumental in the establishment of an independent judiciary in the Eastern Caribbean with strict ethical rules and effective systems for managing proceedings.

Constant advocate for greater cooperation among Caribbean States and institutions at the regional level, Sir Dennis immediately saw the value of alternative dispute resolution to support economic exchanges in the region, ensuring that the law remained at the heart of Caribbean economic growth. As Chairman, he oversees the Centre's activities and contributes to its development in the region.

Member of the Board 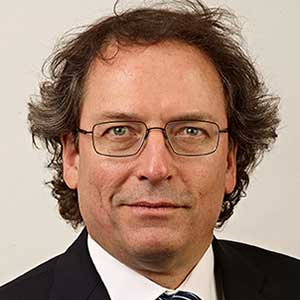 Admitted to practice law in Québec and in France (Paris Bar), Mr. Darche is a “multi-faceted litigator”, who has extensive knowledge of and experience in the workings of national courts and alternative dispute resolution mechanisms. He is also a chartered arbitrator, a certified mediator and is the Honorary Consul of Finland for Montréal.

He is a well-known arbitration specialist, who sits as an arbitrator in cases administered by a variety of international institutions; he regularly acts as speaker, trainer and teacher in this field.

He was a trainer in the first OHADAC arbitration training which took place in October 2019 in Pointe-à-Pitre, Guadeloupe, and was one of the drafters of the procedural rules of the Centre.

Member of the Board 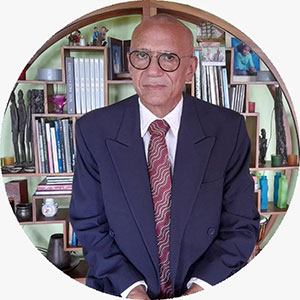 Keats Compton is a telecom engineer and was a senior manager of Cable & Wireless (West Indies) Ltd. in St. Lucia. He was responsible for Government Relations/Regulatory Affairs, and participated in discussions with regional governments leading to the liberalisation of the telecoms regime in the OECS.

As President of ACP Legal (OECS) Inc, he has been responsible for promoting the OHADAC project in the region from its inception.

He is a former Consul General of St. Lucia to the French Departments/Territories of the Americas, based in Martinique, and continues to be involved in regional co-operation activities, particularly in inter-regional medical co-operation, as Secretary General of the French-registered non-profit “Caribbean Doctors Association”.

Marie-Camille Pitton has practiced for nearly a decade in the field of international arbitration in international business law firms and as an attorney admitted to the Paris and New York Bar.

Marie-Camille Pitton has also served as Counsel at the International Chamber of Commerce, a leading institution in the field of international commercial arbitration. In this capacity, she has supervised hundreds of arbitration proceedings in connection with different regions of the world and has faced a myriad of procedural difficulties in this context.

Convinced that alternative dispute resolution methods must become more accessible and contribute to the realities of developing regions, she has been working on the project to create the CARO Centre since 2017.

The CARO Centre benefits from European Union funds from the Interreg V program.

The Centre is intended to become a permanent part of the Caribbean institutional landscape, as an institution firmly anchored in the real economy and supporting the sustainable economic growth of the region.

This objective can only be achieved by placing integrity in the heart of the Centre's actions. This applies to the Centre itself as well as the experts appointed as mediator, facilitator or arbitrator, whose activities are supervised by the Centre.

The Centre is also ensuring that its services are accessible. Because legal security should never be a luxury, it offers services at a very reasonable rate, to ensure that they can benefit all entities, irrespective of size.

Finally, excellence is systematically pursued in all activities of the Centre, which is a trusted interlocutor for Caribbean institutions.

The partners of the OHADAC project pursue similar objectives in the Caribbean region:

Chartered Institute of Arbitrators, Caribbean branch: the Chartered Institute of Arbitrators (CiArb) is the reference institute for the training of mediators and arbitrators, and it is also a world renowned research centre at the cutting edge of innovations in the field of ADR. The Caribbean branch of the Institute, which gathers the professionals of the region working towards the development of mediation and arbitration in the Caribbean, is our partner.

Haiti Chamber of Conciliation and Arbitration: the Haiti Chamber of Conciliation and Arbitration encourages recourse to alternative methods of dispute resolution in Haiti, by offering local companies and institutions a variety of services in this field. This institution has been working with OHADAC towards the development of a regional market for ADR since 2016.

Caribbean Association of Industry and Commerce: the “CAIC” represents the interests of the Caribbean private sector and defends them at regional level. This organization coordinates actions of a number of chambers of commerce and professional associations representing the private sector in the English-speaking Caribbean in particular. It has worked alongside OHADAC since 2017.

Cuban Court of International Commercial Arbitration: this institution is a partner of OHADAC since 2017. Thanks to this partnership, conferences and trainings were organized in the Spanish-speaking Caribbean.

Consultoria General de Caribe: this consultancy's headquarters are based in Panama. It specializes in cooperation projects in the legal field. This consultancy is very well-known by Universities in the Caribbean and the Latin-American world, and relays the project to Universities and research centres in the region.

The ACP Legal association also participates as an Observer at meetings of UNCITRAL Working Groups II and III, dealing respectively with Arbitration and Conciliation and Investor-State Dispute Settlement Reform.