Partnership signed between the ACP LEGAL association, the CARO Centre and OHADA

The team leading the OHADAC project is pleased to announce the signing of a partnership between the OHADAC Regional Arbitration Centre (the CARO Centre), the ACP Legal Association and the Organisation for the Harmonisation of Business Law in Africa (OHADA).

ACP Legal, chaired by the judge Catherine Sargenti, has been working on harmonising business law in the Caribbean since 2007. The CARO Centre is identified as the operational phase of the OHADAC project: it offers services not just for resolving but also anticipating disputes while guaranteeing legal security and facilitating access to justice for economic players in the Caribbean region. The Centre is chaired by Sir Dennis Byron, former President of the Caribbean Court of Justice, and the International Criminal Tribunal for Rwanda.

Since it was created in 1993, OHADA has established common institutions and uniform legislations in Western Africa in an area covering seventeen countries, including the Republic of Congo, which joined the organisation in 2012. In the words of Judge Kéba Mbaye, a senior Senegalese magistrate, former Vice-President of the International Court of Justice and one of OHADA's founding fathers, the organisation is “a legal instrument designed and executed by Africa to serve economic integration and growth”.

As a model of legal integration, OHADA has led to the emergence of an “OHADA space”, which now covers an economic zone offering unified and accessible regulation.

The collaboration between OHADA and OHADAC is the product of a joint vision: the two organisations place law at the centre of regional development and work to promote the harmonisation and transparency of the rules governing economic activity, favouring concrete action and bringing support to institutions.

We would like to thank, once again, Professor Sibidi Emmanuel Darankoum, OHADA's Permanent secretary, for placing his trust in OHADAC, a young institution that is growing fast and that relies on innovation and institutional support for developing its influence in the region.

It is thanks to this partnership that the sentiment expressed by Judge Kéba Mbaye now echoes the words of Sir Dennis Byron, a great advocate of regional integration in the Caribbean, and President of the CARO Centre: Sir Dennis saw OHADAC from the outset as “another way” to bring the Caribbean territories closer together, by relying on the law. 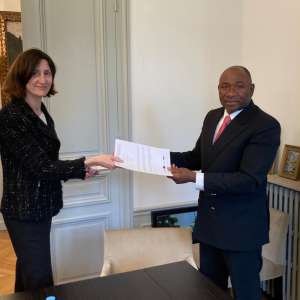